A lot of people might think that Cane Corso dogs were always available in the same color. But this is not true, there are other colors available beside black and red tricolor. In fact, the Italian mastiffs can be colored red brindle , fawn or white, blue grey , pied or white, blue steel , white.

Colors Of Cane Corso Dog Accepted In The Standard 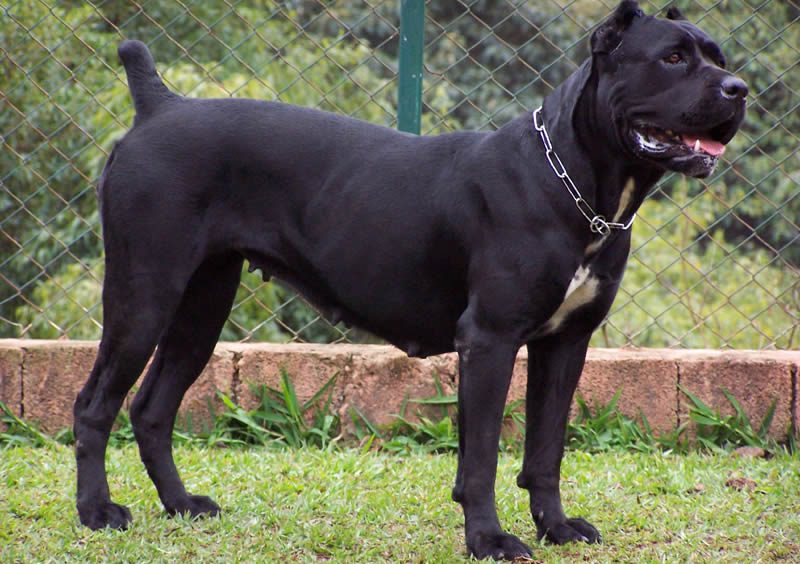 Black is the most common color among Cane Corso. This color has nothing to do with the pigment of their coat, but it’s due to a dominant gene which is also responsible for masking all other colors on the dog.

Black cane corso puppies often appear as if they had been dipped into a bucket of strong coffee. The mask will be complete by the time the puppy is about five months old. Black cane corso pups also have a yellow eye color, which will change to brown as they reach maturity. 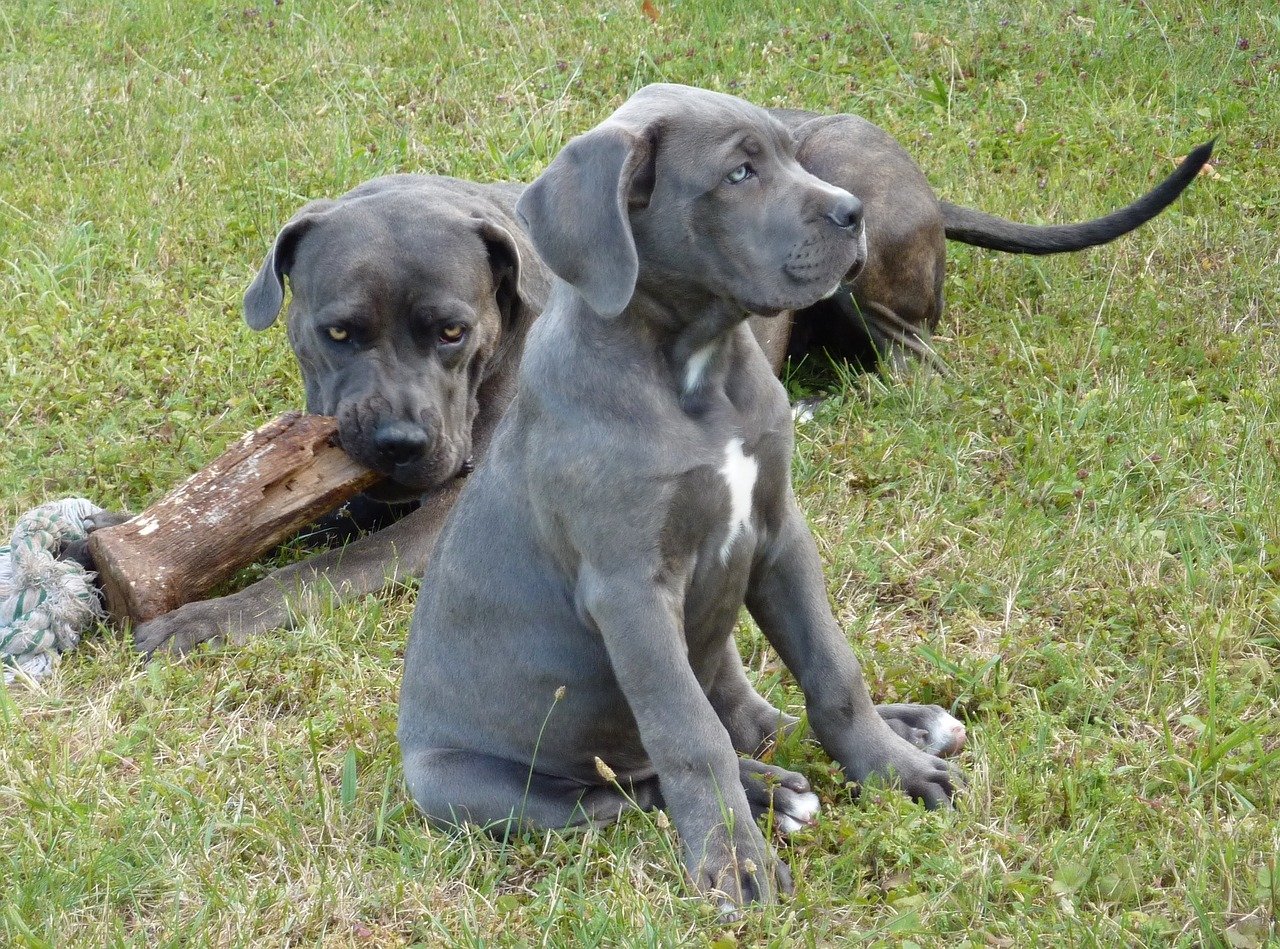 The colors of the standard lead gray, slate grey, light grey are genetically one color, i.e. gray of varying degrees of intensity. The gray color is essentially a diluted black determined by the presence of a recessive dd homozygote in combination with B- and K- alleles. The genetic formula of the color can be written as: Ay-B-ddEm-K-
The presence of a pair of dd alleles in a genotype dilutes not only the color of the hair from black to gray, but also always obligatorily the pigmentation of the lips, of the nose and eyelids – which also take on shades of grey, more or less intense.

The brindle dog has dark stripes on its coat. It can be black or red, but it can’t be fawn or white. The stripes are present on the head, legs and tail too. Brindle cane corso’s can be born with masks but not all of them. 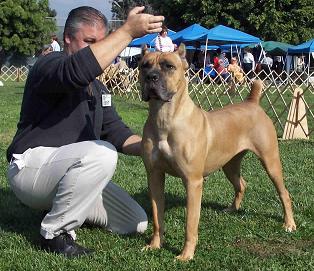 Fawn cane corso dogs have yellow-colored coats that resemble sand or parchment color than old gold or apricot. Fawn is also known as Isabella and is the dilute form of black. The first brindle cane corso’s were born in Tuscany and it is believed that they were used as hunting dogs for their ability to track blood.

Colors Not Accepted In The Standard

The genetic formula is atatB-D-Em-kk:

It is black subjects with fawn spots and well pigmented in black on the lips, the eyelids and the nose.

The genetic formula is atatB-ddEm-kk:

Gray subjects with tawny spots are. The lips, eyelids and nose of these dogs are gray.
If the combination of atat and kbr alleles is present in the genotype, the result is a tan subject with also stripes.
In this case, the black or gray stripes (brindles) are logically evident only in the tawny tan areas.

Black and tan with stripes

The genetic formula is atatB-D-Em-kbr-

Lo are black subjects with tawny spots on which there are black stripes of different width. Dogs of this color have black lips, nose and eyelids.

Gray and tan with stripes

The genetic formula is’ atatB-ddEm-kbr-

Gray subjects are gray with tawny spots on which gray streaks of different widths are visible. Dogs of this color have gray lips, eyelids and nose.

Very often dogs of tan color with brindle are considered absolutely wrongly as subjects with brindle or brindle gray color in which the black or gray stripes occupy the majority of the area of ​​the whole body and the tawny streaks are few.

For the correct identification of the type of color highlighted phenotypically, it is necessary to pay attention to the color of the terminal part of the dog’s limbs: tan dogs with brindle have a lighter color in these terminal areas than the main color of the body.

There is also blue , a broad definition which includes some shades of gray typical of the Cane Corso , but blue as such is not found among the colors allowed by the standard. It is rather referred to as slate gray, brindle gray or lead gray.

The all white cane corso has a white coat and a pink nose, eye rims and lips. Some dogs may also have a chocolate right on their tongue. The beautiful thing about this cane corso is that you can produce different color puppies in the same litter. This happens when a black parent carries the recessive white gene, which will show up in some pups though not all. Pied (white with color patches) Cane Corso can also produce all white puppies because of the pied gene acting on the white spotting pattern.

There are a few different variations of liver in dog breeds and cane corso is not an exemption. Liver can either be a light, rich chocolate brown with a lighter, cream colored muzzle and paws or it can be darker through out the coat from deep chocolate to mahogany.