When it comes to choosing a dog, there are many factors to consider. Do you want a big or small dog? A playful dog or a calm dog? A lazy dog or a high-energy dog? And what about breed? There are so many different breeds of dogs out there, each with their own unique set of characteristics. In this blog post, we will compare cane corsos and pitbulls. 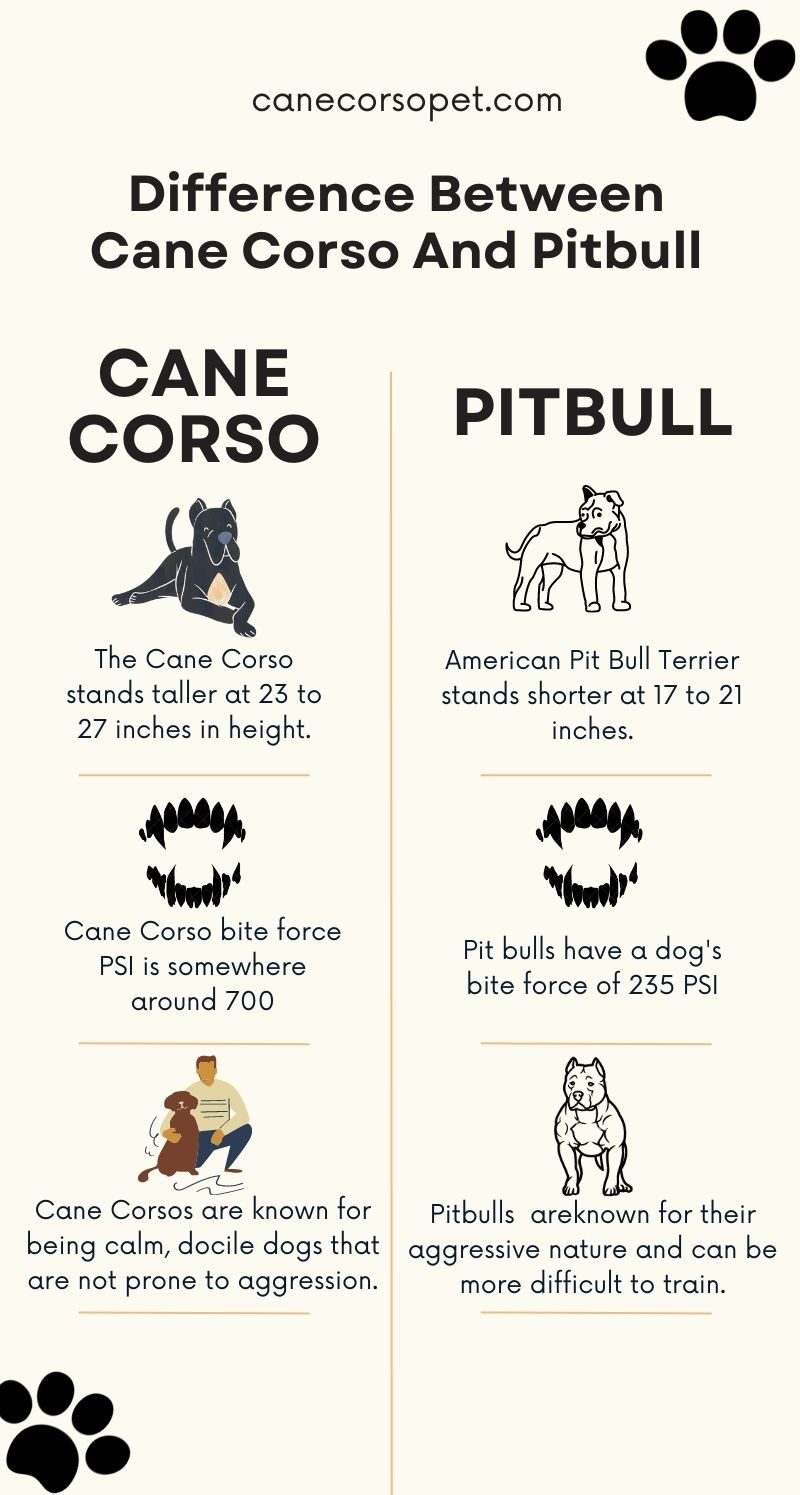 The most important difference between these two breeds is their temperament. The cane corso is known to be a guardian breed – they are bred to be protective of their family and home. The pitbull, on the other hand, is known to be more of a working dog – they are often used for tasks such as hunting or protection. 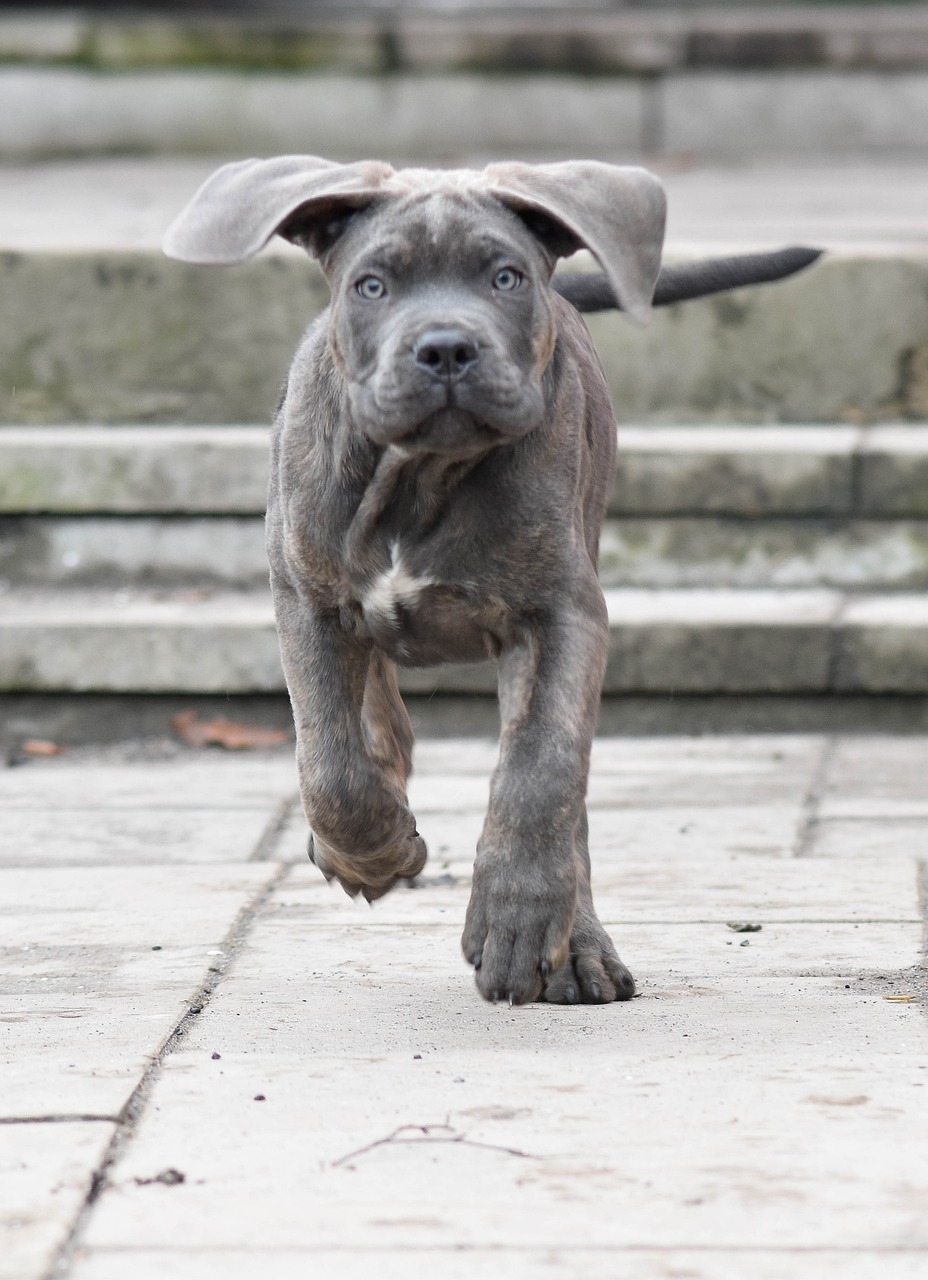 The Cane Corso is a Mastiff breed that was originally used as a working dog in Italy. They are large dogs, typically weighing in at around 100 pounds, and are known for their strength and muscular build. They are considered to be a very versatile breed, excelling as both a working dog and a family pet. 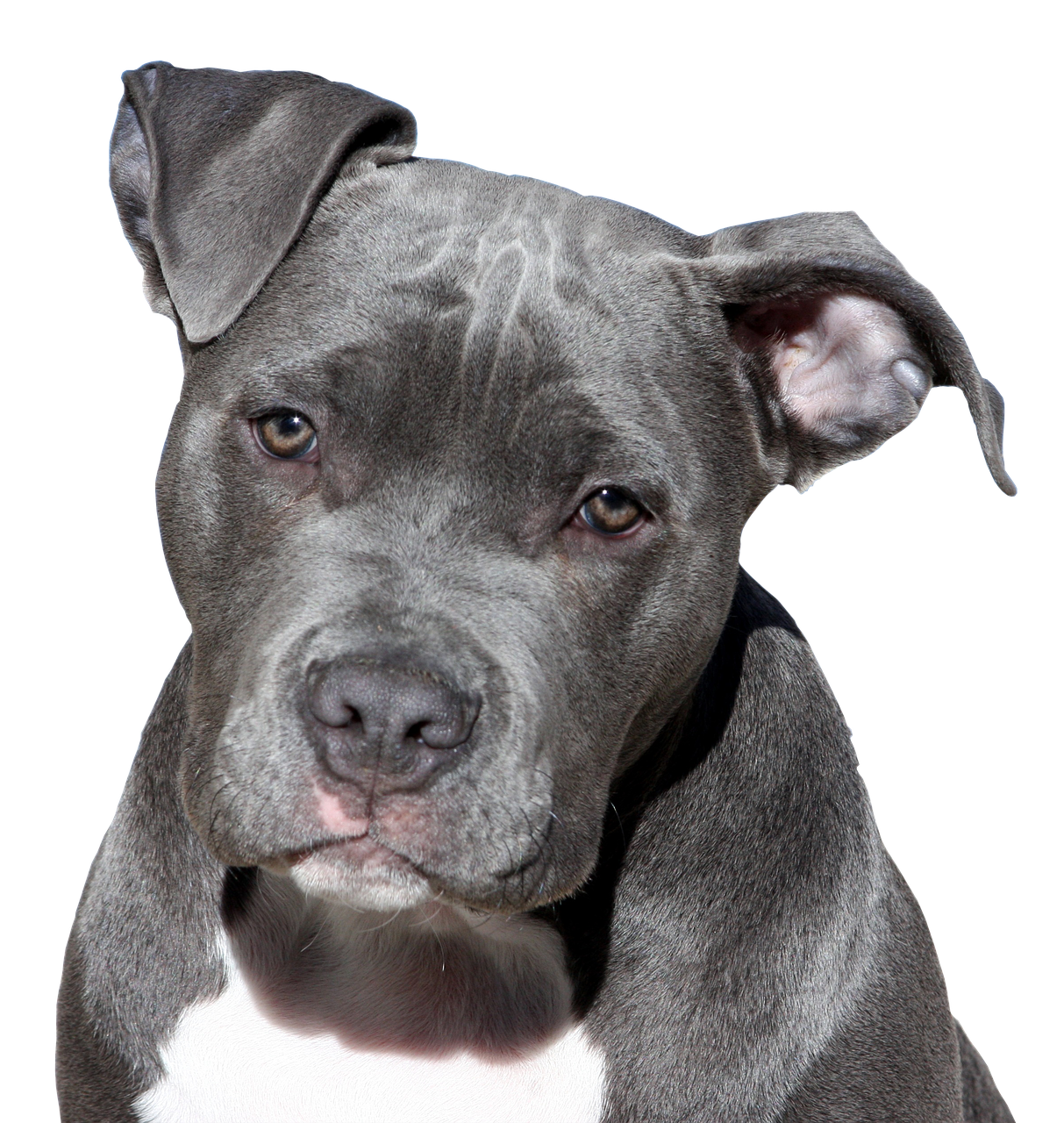 The Pitbull, on the other hand, is a breed that is best known for its strength and aggressiveness. They are typically smaller dogs, weighing in at around 40-60 pounds, but make up for their size with their powerful jaws and determination. While they can make excellent family pets, they are also commonly used as guard or fighting dogs.

So, what are the key differences between Cane Corsos and Pitbulls? The Cane Corso is a larger, more muscular dog that was bred for working purposes. They are typically good with children and make excellent family pets. The Pitbull, on the other hand, is a smaller, more aggressive dog that was bred for fighting and guarding purposes. They may not be ideal for families with young children.

Another key difference between these two breeds is their temperament. Cane Corsos are known for being calm, docile dogs that are not prone to aggression. Pitbulls, on the other hand, are known for their aggressive nature and can be more difficult to train.

Is a cane corso stronger than a pitbull?

There is no definitive answer to this question as it depends on the individual dog’s characteristics and abilities. However, in general, cane corsos are considered to be stronger than pitbulls.

This is because cane corsos are bred for their strength and power, while pitbulls are bred for their agility and athleticism. Therefore, a cane corso is likely to be more powerful and muscular than a pitbull. However, it is important to remember that every dog is unique, so it is always important to properly assess a dog’s individual strengths and weaknesses before making any assumptions about their relative abilities.

Cane Corso vs pitbull Who would win 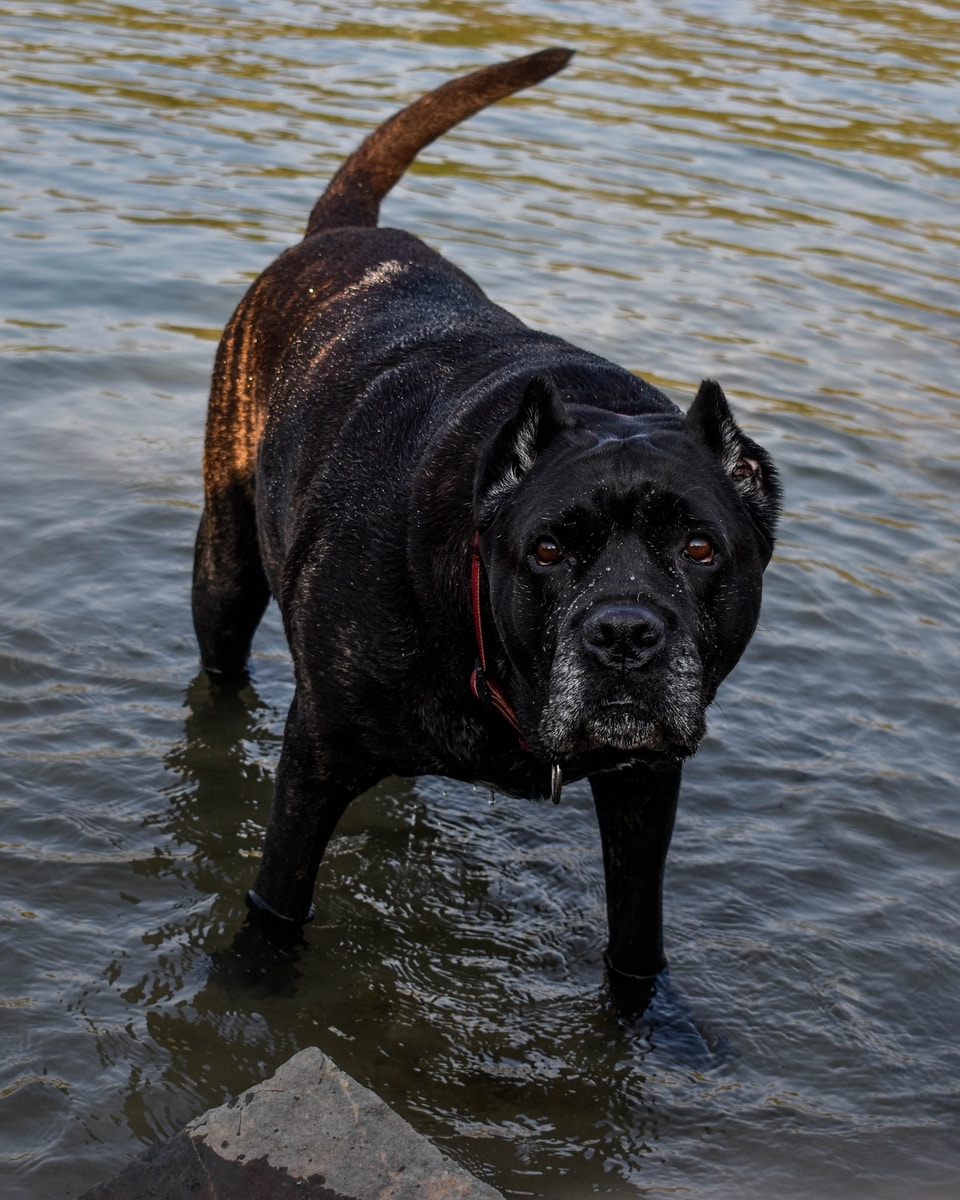 One thing is for sure, though: it would definitely be an interesting matchup to watch!

The Cane Corso’s bite force has been measured at around 700 pounds, while the pitbull’s bite force 235 pounds. This means that the Cane Corso has a significantly stronger bite than the American Pitbull.

Both the cane corso and the pitbull are large, muscular dogs. When comparing the cane corso to the american pit bull terrier, it is clear that the cane corso is taller than the pit bull. The Cane Corso is a large breed of dog that often stands between 24 and 27 inches tall at the shoulder.

Cane Corsos live to be about 10-12 years old on average. Pitbulls, on the other hand, typically have a lifespan of 8-15 years. So, while both breeds are fairly long-lived compared to other dogs, the Pitbull has a slight advantage in this department. However, it’s important to keep in mind that individual dogs can live much longer or shorter lives than average, so these numbers should only be used as a general guide.

Can a Cane Corso kill a pitbull

There is no definitive answer to this question as it depends on a number of factors, such as the size and breed of both dogs involved, as well as the temperament and training of each animal. However, generally speaking, a Cane Corso is capable of killing a pitbull if it feels threatened or attacked. This is because the Cane Corso is a large, muscular dog that is bred for guarding and protection, while the pitbull is known for being a strong and aggressive breed. In most cases, it is best to avoid situations in which these two dogs are together, as the potential for violence is high.